HomeTech NewsElon Musk Replies in Tweet To Confirm Starlink Active in Ukraine as... 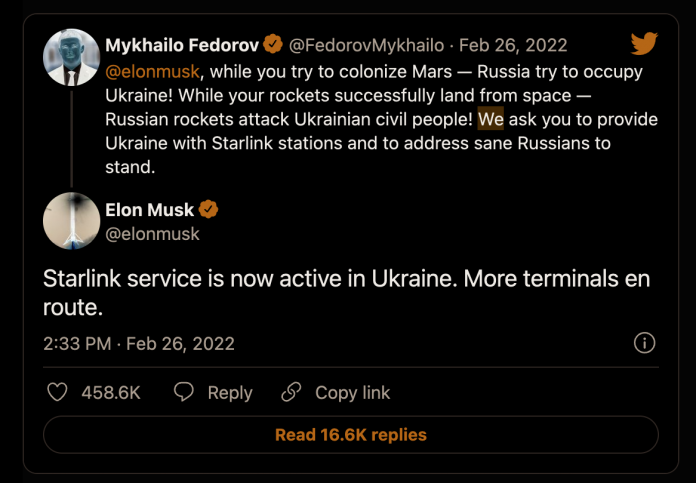 Saturday, SpaceX CEO Elon Musk said that the company’s Starlink satellite broadband service is available in Ukraine and they’re sending more terminals to their country. This comes after it was reported last week where Russian invaders had disrupted internet access in Ukraine.

When a Ukraine government official asked Elon Musk for help in providing the country’s embattled residents with Starlink stations, he responded by saying that they will definitely do this.

The internet in Ukraine has been cut off due to the Russian invasion, with monitors warning that it could get worse as fighting continues.

With satellite technology, people who live in rural or hard-to-serve areas can enjoy the same quality of internet access as city dwellers. In addition, this forms a critical backstop when hurricanes and other natural disasters disrupt communication networks–satellites provide an invaluable means by which we stay connected during difficult times.